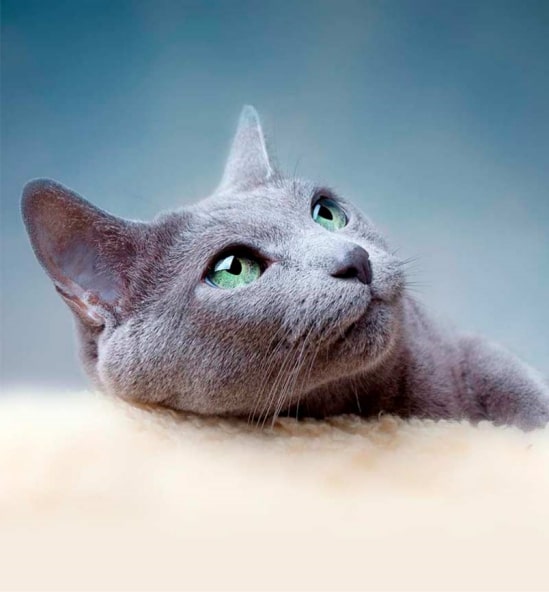 As the CFA further explains, the Russian blue cat made its first public appearance in 1875 in a very regal way: exhibited at London’s Crystal Palace as the “Archangel Cat.” The Crystal Palace was constructed under the leadership of Prince Albert, husband of Queen Victoria, as the location of The Great Exhibition in 1851 and thereafter was used to exhibit items of interest (living and otherwise) to the people of Victorian London, and the attractions held international appeal as well. By middle of the nineteenth century, “cat shows” had become regular and popular events.

It’s no surprise that such a stately cat has such royal roots, with its sleek, sophisticated demeanor. Although it was exhibited alongside other blue cats, by 1912, the Russian blue was given its own classification, points out Vetstreet, after its introduction to the United States in the early 1900s. However, says the CFA, the breed really took ahold of pet lovers’ hearts after World War II, and it has been gaining popularity steadily since the 1960s. 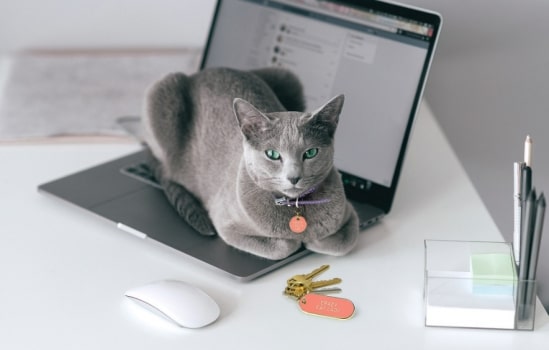 Personality:
The Russian blue is a sweet-tempered, loyal cat who will follow her owner everywhere, so don’t be surprised if she greets you at the front door! While she has a tendency to attach to one pet parent in particular, she demonstrates affection with her whole family and demands it in return. It’s said that Russian blues train their owners rather than the owners training them, a legend that’s been proven true time and again.

They are very social creatures but also enjoy alone time and will actively seek a quiet, private nook in which to sleep. They don’t mind too much if you’re away at work all day, but they do require a lot of playtime when you are home. Russian blues tend to shy away from visitors and may hide during large gatherings.

Living With:
Russian blue cats are highly intelligent animals and require physical and mental stimulation, so it’s important to give them access to toys at all times. They retain a strong hunting instinct, so a feathered fishing pole toy is the perfect plaything. Consider storing these types of toys in a cat-proof spot because: (a) your kitty will tear it to shreds, and (b) she may eat the feathers and/or the string, neither of which are good for her digestive system or overall health.

If you maintain a good hygiene routine, your Russian blue will require minimal grooming and healthcare. There are several necessary items for keeping a cat comfortable after adoption, such as investing in a toothbrush and cat-safe toothpaste (you can find these items for purchase at your local pet store or online) to keep her teeth clean and white, and a medium-toothed comb to keep her double coat smooth and luxurious. One important piece of Russian blue cat breed information is that these kitties love mealtime, so make sure that she doesn’t overeat. She probably asks for food multiple times a day, but remain firm and stick to regularly scheduled feedings, using measured amounts of cat food, and avoid too many cat treats.

Much like her Siamese relative, the Russian blue is very vocal, and she’ll use her voice to communicate with her pet parents when she wants to play, eat, or snuggle. She’s both observant and persistent, always ensuring that her needs are met. She doesn’t adapt well to change, such as varying meal times or unknown visitors, so expect to hear about it! She’ll respond positively if you converse back-and-forth with her on a regular basis, which means you’re never truly alone when you have a Russian blue fur baby. 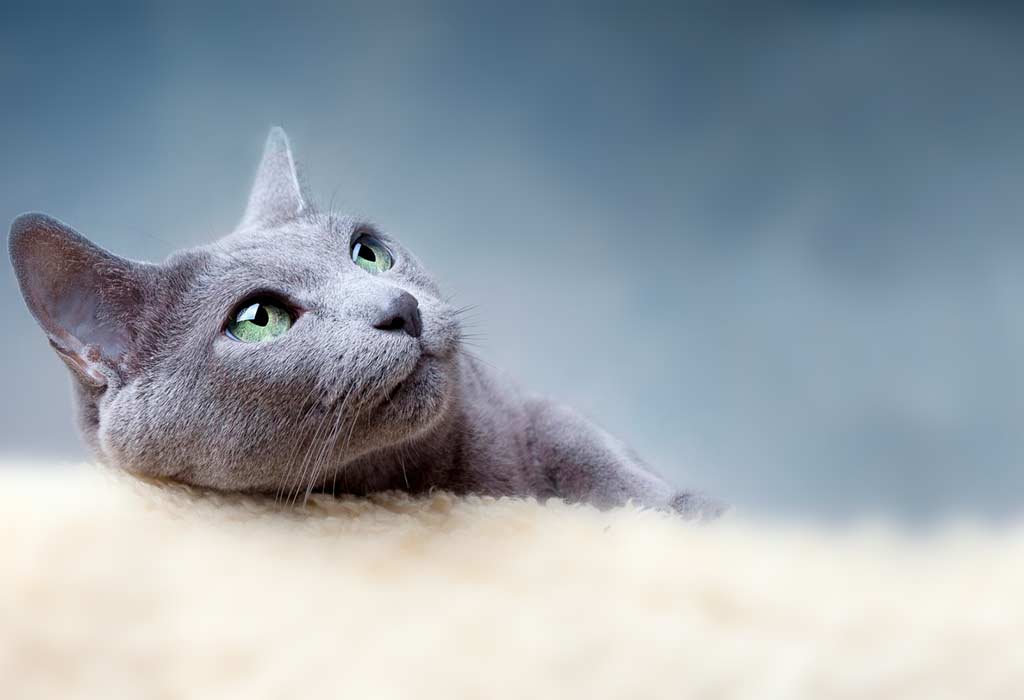